Sit, Relax and Enjoy the View

Bench  by the Pollinator Garden

Thank you to Friends of Gavins Point National Fish Hatchery members Marv & Karin Ehlers and Ed & Karen Fefjar for all your hard work expanding and re-planting the pollinator garden this year. Cannot wait to see how beautiful it will be when everything is blooming! Friends member Trenton Mueller is pictured checking out the turtle in the garden.
Trenton Mueller Friends Group member
Marv weeding the garden 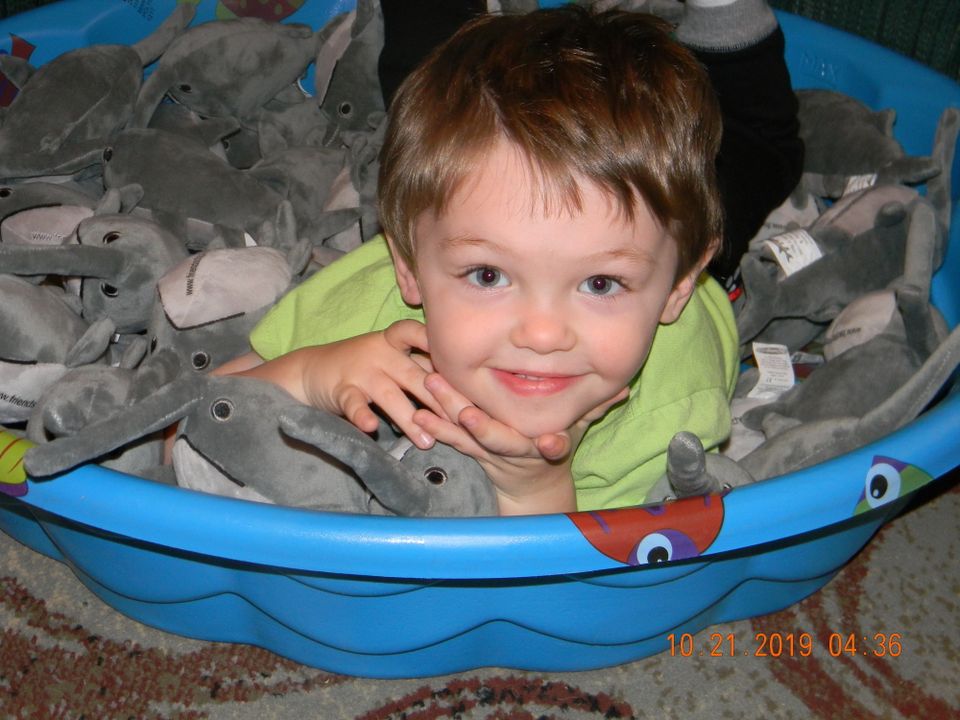 Above Trenton Mueller poses with the plushy Paddlefish specially designed for the Aquarium.

Friends of the Gavins Point National Fish Hatchery & Aquarium are planning a fishy Halloween celebration this weekend featuring the unveiling of a new plush fish friend made especially for sale at the aquarium.
The free event is set for Saturday, Oct. 26, from 2-4 p.m. at the Gavins Point National Fish Hatchery & Aquarium, 31227 436th Ave., Yankton.
Weather permitting, there will be outdoor activities as well. The aquarium, which is closed for the season, will be open just for this special event and decked out for Halloween. Attendees are welcome to come in costume.
Yankton’s aquarium features area fish, including paddlefish, pallid sturgeon, walleye and catfish, as well as other aquatic creatures such as turtles and frogs.
“It will be a spooky aquarium with cobwebs, and we were thinking about putting some different decorations in the tanks — as long as they are safe to be in the tank,” said Brenda Willcuts, president of the Friends of the Gavins Point National Fish Hatchery & Aquarium Club. “Then, we were going to have some games: a beanbag toss; Go Fish in the pond; a scavenger hunt, tattoos and stickers.”
Halloween treats and beverages will also be offered.
“It’s been about 10 years since (the aquarium) did a Halloween event,” Willcuts said. “We decided to revamp it and see what kind of response we get.”
The aquarium gift shop, that sells plush toys for many local species of wildlife, will be open and displaying a unique, new item: a paddlefish plushy custom designed by the club.
Paddlefish are distinguished by their long, paddle-shaped snout. Though native to this region they have not yet entered into the public consciousness, as the group was never able to find a stuffed paddlefish toy they could sell at the gift shop.
“We have been looking for years for a company that makes paddlefish,” Willcuts said. “Visitors ask for them. This year, my sister, Lynette Steffen, who works in the gift shop, found a company.”
The designer put together a sample paddlefish based on photos and input from the group that ordered 100 paddlefish specifically for the Halloween event.
“We are going to have a dollar-a-ticket raffle and we are going to raffle one of them off.” Willcuts said. “We’ve also got little prizes and various little things to give out.”
The hatchery, which will not be open for the event, is operated by the U.S. Fish and Wildlife Service to spawn and raise local varieties of fish, including paddlefish and the endangered pallid sturgeon for stocking purposes.
Plush pallid sturgeon are also impossible to find, Willcuts said, so depending on how things go with the plush paddlefish, the group may have a pallid sturgeon designed for the gift shop in the future.
Friends of the Gavins Point National Fish Hatchery & Aquarium is known for organizing the annual Fishing Derby for children at the hatchery. With the Halloween event, the group hopes to raise awareness about the aquarium and hatchery, as well as the availability of group tours.
Thanks to the group, there is now a picnic shelter with photo-op boards next to the aquarium, and along the trail from the aquarium to the hatchery is a butterfly garden that the group hopes to expand.
“A lot of people think that all we do is the Fishing Derby,” Willcuts said. “We just kind of want to get the word out that we are here.”
For more information go to www.friendsofgavinspointfishhatchery.com

Recently purchased a storage shed for the hatchery to use for extra storage. It will be used for different events including the "Catch A Trout" program. THANK YOU to friends group member Marv Ehlers for outfitting the inside of the shed!

The Friends of Gavins Point National Fish Hatchery, Inc. was incorporated in July 2006 by a small group of local citizens from  counties in Iowa, Nebraska, and South Dakota. These individuals represent different personal and professional backgrounds, but they share a common goal. They care about fish and wildlife and want to make a difference for the benefit of the community.

Our Vision
To have an informed community working together to conserve, protect, and enhance the natural resources for the benefit of its citizens.